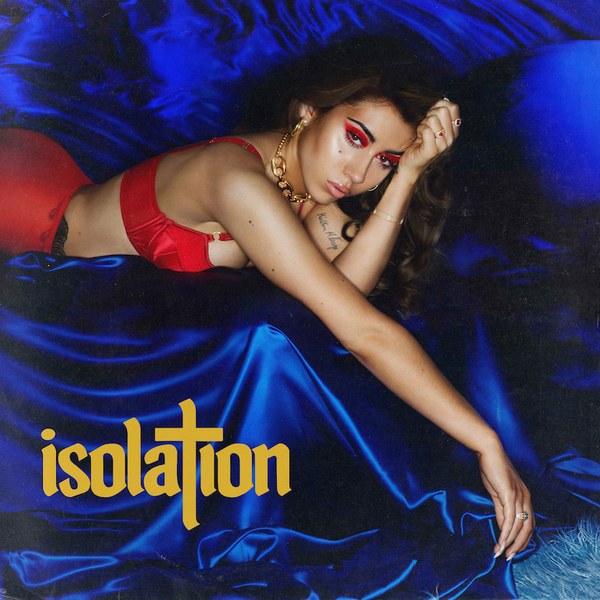 “Life is like sex. Sometimes you have to change your position.”

This evocative quote comes from femme fatale Kali Uchis in light of her debut album Isolation. The long-anticipated album named Best New Music by Pitchfork was well worth the wait.

While Kali’s debut EP Por Vida gifted us listeners a cotton-candy sweet first impression of the Colombian-American force of nature, Isolation introduces us to a whole new, incendiary side to her.

Isolation’s inviting introduction entitled “Body Language” and produced by the iconic Thundercat coaxes us to come along for the ride. I would follow Kali and this bossa nova track wherever they may go.

The following track “Miami” featuring BIA lets Kali tell it like it is:

You know why I’m calling, I’m here to collect

By why would I be Kim? I could be Kanye

In the land of opportunity and palm trees”

“Miami” depicts the female struggle in lieu of chasing the American dream, but remains a message of female empowerment in being one’s own boss mentally and physically. Hell hath no fire like a socially aware and revolutionary woman.

The following track “Just A Stranger” continues to break the mold of the confines society places women in as Kali paints the portrait of a strong and careless woman. This upbeat song marks her second collaboration with The Internet’s Steve Lacy (following past single “Only Girl”), and yet again, these two create an amazing sound and energy together.

Kali has revealed that Isolation is “dedicated to the people who feel trapped in their position, in hopes that the music will enable [them] to change it.” Complete with complex themes of self-reliance throughout the album, she remains a strong proponent of internal emancipation in the face of external adversity. She sees her music as the score for her life, capable of controlling her environment and changing the entire mood of an experience.

Isolation seems to be the reparations of a grudge match of sorts not only between Kali and her antagonists, but also between Kali’s past self and present self. She wrestles with her independence, but each song elicits a breath of resolution. For example, “After the Storm”

featuring the legendary Bootsy Collins and longtime collaborator and friend Tyler, the Creator reveals the potential of pure autonomy:

No one’s gonna save you now

So you better save yourself”

The impressive amount of collaborations on this album alone have me starry eyed, including Jorja Smith, BADBADNOTGOOD, Damon Albarn of Gorillaz and more.

We as listeners get to know exactly who Kali Uchis is. Her every essence influences each track seamlessly. I greatly appreciate an artist who pays homage to his or her roots despite being thrust into an entirely new culture for their work. The album features a song fully sung in Spanish (“Nuestra Planeta” featuring Reykon) in addition to several songs containing Spanish ad-libs.

In many ways, Isolation is the kind of album an artist makes just for himself or herself; however, it perpetuates extremely personal, yet universally relatable emotions and perspectives. The versatility of Isolation solidifies Kali’s reputation as a well-rounded, multi-talented artist. Her personal and contemporary take on a retro, vintage sound awards her a genre of her own. She has proven herself ready, willing, and deserving of the spotlight.

You can listen to Kali Uchi’ new album Isolation on Apple Music, Spotify and Soundcloud Go+.

No comments to show.