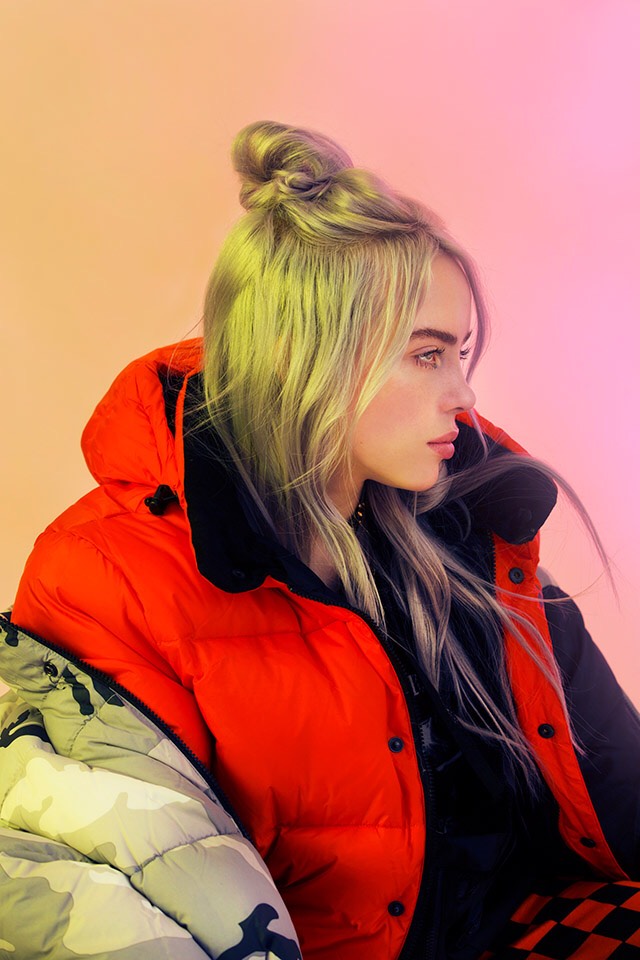 Billie Eilish is a 16 year old phenomena. She was born and raised in always sunny Los Angeles, which is hard to believe with her plethora of oversized jackets and hoodies. Her style has become one of its own; with layers and monochromatic vibes. At the ripe young age of 14 she started recording her 9 song EP with her brother, Phineas O’Connell, actor and frontman for his own band, “The Slightlys”. Her voice, both raspy and delicate, takes your ears on a journey through the melodies of heartbreak and sadness. A girl who is so young tells the tale of a woman who is wise beyond her years. Her EP dont smile at me sums up the aesthetic Billie portrays and maintains. There is a type of angst uncharacterized by no other than her. There is something deep and fiery in the passion she uses to sing every note. Even if you aren’t heartbroken you feel her pain, even if you aren’t sad you feel her melancholy and even if you don’t have an ex you will want to smash that one guy’s car window in.

dont smile at me, a compilation of stories. The EP intros with “COPYCAT” where Billie reminds all her friends and enemies that although they may think she’s cool that copying her only makes you a lame clone. “idontwanttobeyouanymore” is the following track where she discusses all of her insecurities and the media’s representation and misconceptions of women. This song is a juxtaposition of the confident almost arrogant Billie in the first song. Following is “my boy” which about her dude who is lying and can’t be trusted. Lyrically the song is quite comical comparing “her boy’s” friends to split ends. The song watch sings of unrequited love that burns so much she becomes vengeful and wants to see his car catch fire as well. “party favor” is a sweet melodic song accompanied by a ukelele, although it may sound endearing, it is quite the opposite. She decides to call “this boy” and break up with him through voicemail on his birthday. It may seem harsh, but from the looks of it maybe it is rightfully so. Followed up by “bellyache”, once again a song where a sweet melody might fool you. The song reminiscent of the song “garbage” by Tyler the Creator. This song vastly different from the previous songs of love this ones different darker… if possible. A ruthless song that you can’t get out of your head and you won’t be able to stop singing. The end of the EP ends sweeter and makes you remember that Billie is a 16 year old girl yearning for love just like the rest of us. “ocean eyes” and “hostage” speak of nothing but the desperation of innocent love. This album will make you feel everything.